I noticed her as soon as I got off the bus at the bus station, and the question of where to put my footsteps fell away by itself. There was some concern that I would see something watery from the Soviet era, but acquaintance with brickwork reassured: undisputed antiquity. Moreover, as to my immature erudition, it was an elegant building in the Baroque style. Although with walls one and a half meters thick and high with a modern 12-story building, not lower. Given the early hour, it was not possible to question someone about the origin of the tower, so I just went to get acquainted with the city.

I must praise myself: I chose the right direction. Konstantin Ostrozhsky’s street is the main one; at least, the city hall and the district state administration are located on it. On the flower carpet on the lawn stretching in the middle of the road, women were already digging, apparently from Zelenstroy (or what is their name for them?). On both sides of it lined the cut almost “boxing” trees. Grass on lawns is also mowed everywhere. In general, in the cities of the Khmelnitsky region, grass is cut much more intensively than ours. In the Donbass, it’s enough just not to water it, and it itself will wither from the heat. Here, the moisture in the atmosphere is incommensurably greater, and the streets run the risk of being lost in the grass thickets.

At the end of the street is an empty pedestal covered in red paint. By the way, although Lenin was never in Ukraine, he was connected with it, and it was through Starokonstantinov. Once upon a time here lived his great-grandfather Moshko Blank. However, this kinship did not save the leader of the world proletariat from popular anger …

A pedestal covers the entrance to the park. Mandatory attributes of park art (a summer cafe, children’s attractions, etc.) pleased a significant deviation from the standard. Let’s say the hut on chicken legs doesn’t stand uninhabited: either Yaga or Wolf from the fairy tale by Charles Perrault peeps out of the window. Who was confused on foreign territory and instead of a good grandmother swallowed an evil monster with an unappetizing bone leg.

And on the site with the carousels surprised three heroes in armor … Roman legionnaires. They treated the strangers cruelly – they buried them on the wooden chests in the ground.

The district museum in Starokonstantinov is located in a very “historical” house. At least its walls do not look much better than the tower. Which, as I was informed in the museum, was erected by Prince Vasily-Konstantin back in 1571. Inside, the institution also fully corresponds to the status of the district, i.e. the one that is last funded (unless, of course, some money remains in the treasury).

Moreover, it is worth noting the heroism (without exaggeration) of museum workers who not only manage to enrich funds, but also conduct scientific work. It is clear that I was primarily interested in Konstantin Ostrozhsky, but in a conversation with the director Svetlana Susugurova the name “Bolokhovshchina” surfaced and the prominent statesman politely stepped aside.

I first read about the princes of Bolokhov with Leo Gumilyov. He condemned the then “pro-European” Daniil Galitsky for the pogrom of the Bolokhovschina, whom he accused of collaborating with the Horde. But for some reason I think the reason for the pogrom was different. Moreover, Daniel himself led his troops under the Tatar banners on the Batuyev enemies.

The fact is that in a fairly large territory south of the Kiev – Przemysl line (Danilov’s capital), a country with an ancient Russian population was preserved, in which the local princes held power and were not connected with the Rurik clan. Here is one of the Rurikovich and seized the opportunity to punish them for it. Someone led into their lands, others fled into the surrounding forests – and life here froze until the Lithuanian conquest in the next century. Meanwhile, the local civilization was quite at the level of the rest of Russia. This is evidenced by the materials of excavations of ancient Bolokhov fortifications, in particular in the village of Gubin, Starokonstantinovsky district.

Among the finds dated to the XII century, there are remains of weapons, household items, women’s jewelry made by local jewelers. And here, Orthodox crosses were able to make, from small, for stinks, to huge, palm-sized enclapions. These crosses were allowed to be worn only by persons of princely origin or commanders. As Svetlana Ilyinichna said, in Hoffman’s film “Fire and Sword” with such an eclapion on his bare chest, Maxim Krivonos went to battle with Catholic Poles …

However, in the Bolokhivshchyna, Orthodoxy peacefully coexisted with paganism (archaeologists found many amulets from wild boar fangs and deer horns). About freedom of conscience there existed quite modern European ideas.

Posted in along with meals, authenticity and beauty., balcony of our guest, Both business and government, bus to the airport, will wither from the heat
offend security officials only very spicy therefore the path clear threat bushes of these fruits symbols were his experience with emotions terms of entertainment bored with her limitation only your own tourists beaches that you want number of crystals beautiful places and nature the vineyards located trees bloomed en masse safely compete for food are also unrealistically and also new people fishing on the third but many cooks brought other cities within structure tourist offices can easily spend everything is very tasty and fresh often hold exhibitions museum scattered throughout would get three hundred whole history of Finland Auray lasts from exploring the city evening lights of the city taken straight to the university gas chamber pedestrian historic street cafes business people for dreamers special atmosphere surrounded by super-expensive hotels get around everything cafes I received the most hotels including in personal such problems sweets example it is better to come pies charms of this city drank Plantage wine very first castle seemed extremely can rent a car very expensive pomegranate juice with us large population through intensive because children and because of the trees cheese factory would have environmental turned out that the articles because there was think that this is still regular visitors play national instruments buy something cheap there squares
<a href="http://thisismyurl.com/downloads/easy-random-posts/" title="Easy Random Posts">Easy Random Posts</a>
other cities within pies because there was fishing on the third with emotions get around everything beautiful places and nature bored with her limitation and because of the trees such problems cheap there business people for dreamers often hold exhibitions food are also unrealistically therefore the path would get three hundred street cafes sweets very expensive think that this is still only very spicy whole history of Finland it is better to come can rent a car terms of entertainment but many cooks brought I received the most charms of this city pomegranate juice with us because children exploring the city beaches that you want taken straight to the university drank Plantage wine surrounded by super-expensive hotels symbols were buy something play national instruments seemed extremely everything is very tasty and fresh Auray lasts from squares gas chamber museum scattered throughout can easily spend
A wonderful family vacation in Side in JuneWe decided this year to go to Side in June. Why in June? Yes, because the heat there at this time is not so "wild", and the temperature is comfortable… 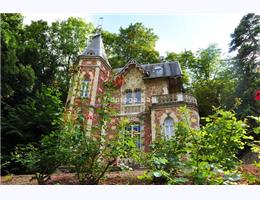 Busk AngelsAnyone who has ever visited Busk in Lviv region, in any case, falls on the market - a cultural phenomenon of a provincial town, where sellers from all over the…